Here is a nifty little gadget that can keep you feel a bit cooler on those balmy 100 degree days in the southern U.S.   The Wristify unit, only a developmental name courtesy of MIT, has the ability to lower your perception of heat by cooling the skin at the wrist very small amount and tricking the body into thinking it the ambient temperature is several degrees cooler. The tech is still in the Alpha phase and has a lot of versions to progress to into a commercially viable product.
The only concern I have is: If you perceive your body as being cooler than it actually is, aren't you running the risk of heat stroke?

The device is intended to be completely wearable, with a weight comparable to a men’s wristwatch. Wristify
powers their wristband with a light­weight lithium ion battery, similar to those used in cell phones. The device’s
energy consumption is algorithmically controlled so that it can last a full day on a single charge. While they are excited with their product, team members report there is still a lot of technological and product development needed before the Wristify team has a product ready for sale. They will soon begin working with design and development firms to improve the aesthetics and functionality of the next­gen prototype. They estimate
they are still 1-­2 years away from the first publicly available product. 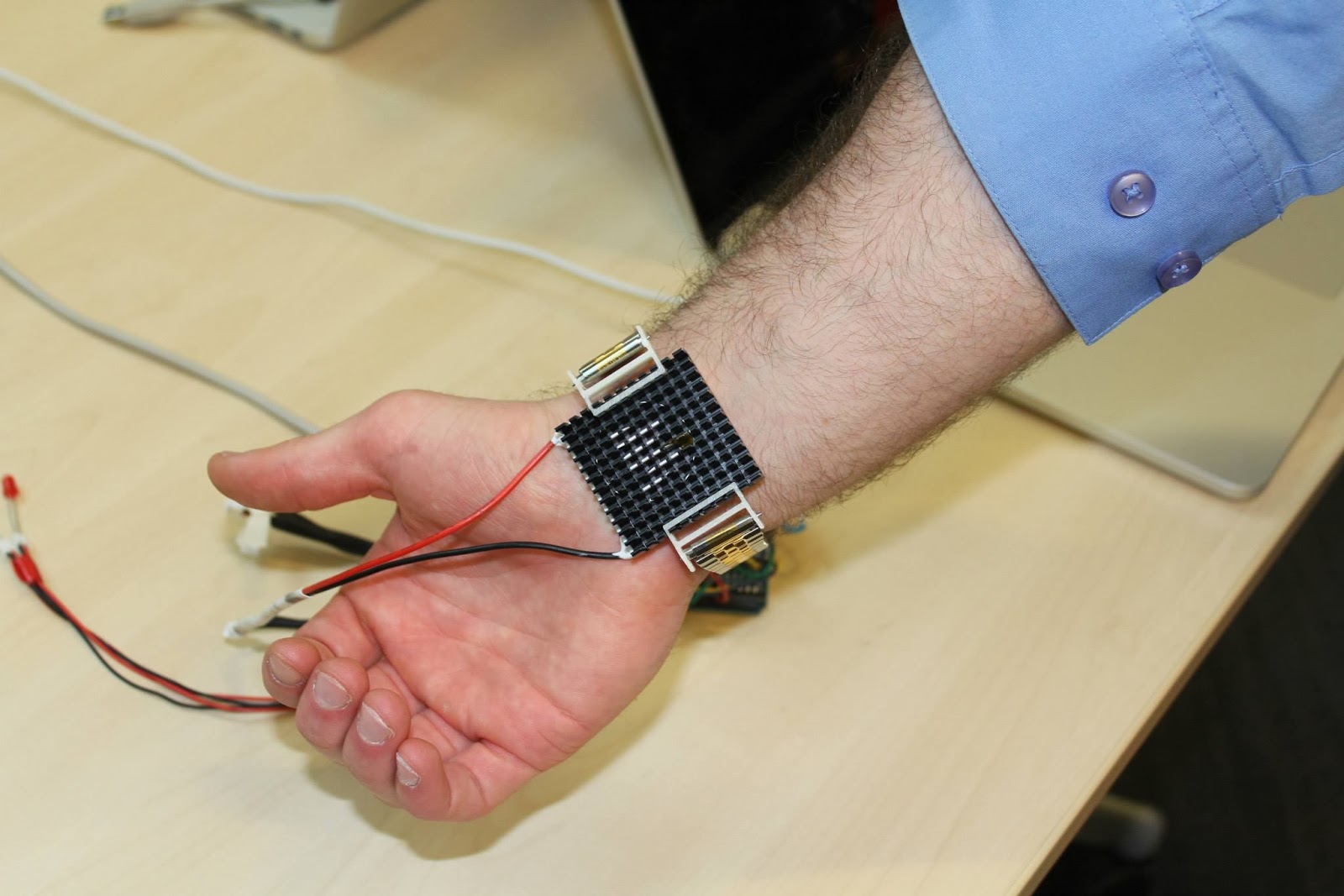 The University of Virginia has been working with robotic manta, aptly named "Mantabot", in an effort to further their research in the realm of bio-mechanics. I do not know how I missed this article last year but I like the fact the little guy looks a bit like my book cover...

Not a lot of new information in this article but I like reading about any technological progress, especially weapons technology, and was encouraged to see this project moving to the next phase.

There are many companies trying to get in on the - yet to be profitable - private space industry. One I particularly like is Planetary Resources. I first read about the company in January on Space.com. They have a fairly practical approach to getting their feet wet, or in the vacuum, by sending small satellites to investigate and, eventually, lasso and harvest asteroids. Their theory is that by providing ready to use natural resources, such as fuel, to communications satellites and eventually water and metals to astronauts and construction projects, they will not only be the first to potentially make money on their venture, but will also enable other companies to step up their own timetables.
Harvesting resources on site is key to keeping costs low in the space industry; it is simply too expensive to send all the materials humans need to explore into orbit. I am glad there are private citizens and companies (Google is backing PR) taking the initiative to expand the reach of humanity into the stars. History teaches us many lessons, not the least of them being: people go where there is money to be made. I for one hope there is a lot of money to be made in space!

Here is their latest article on Space.com

I watched the new Tom Cruise Science Fiction flick Oblivion  this weekend. I was intrigued by they previews and the film did not disappoint. The story was solid, although I thought the previews/trailers gave up a little too much of the plot, and had some good twists. Tom Cruise's character is a high tech maintenance man for automated drones that protect several massive power plants on a futuristic, post apocalyptic Earth. His nostalgia for old Earth artifacts and history cause him to be, at times, dangerously curious about his hostile surroundings. This curiosity eventually leads him to the discovery that there is a more sinister force behind the Earth's destruction than the remaining aliens that keep attacking his drones. The only cliche' I thought the film could have done without was its singular use of the 'F-bomb' at the end; a phrase that could have been better filled by a clever witticism.
Oblivion is a suspenseful, action packed and fascinating film with a refreshingly original story. I enjoyed watching it and would go watch it again, if I actually had the time. I cannot quite give Oblivion an 8, so I'll give it an enthusiastic 7 out of 10.
Posted by J. A. Sanderlin at 4/22/2013 08:42:00 PM No comments: